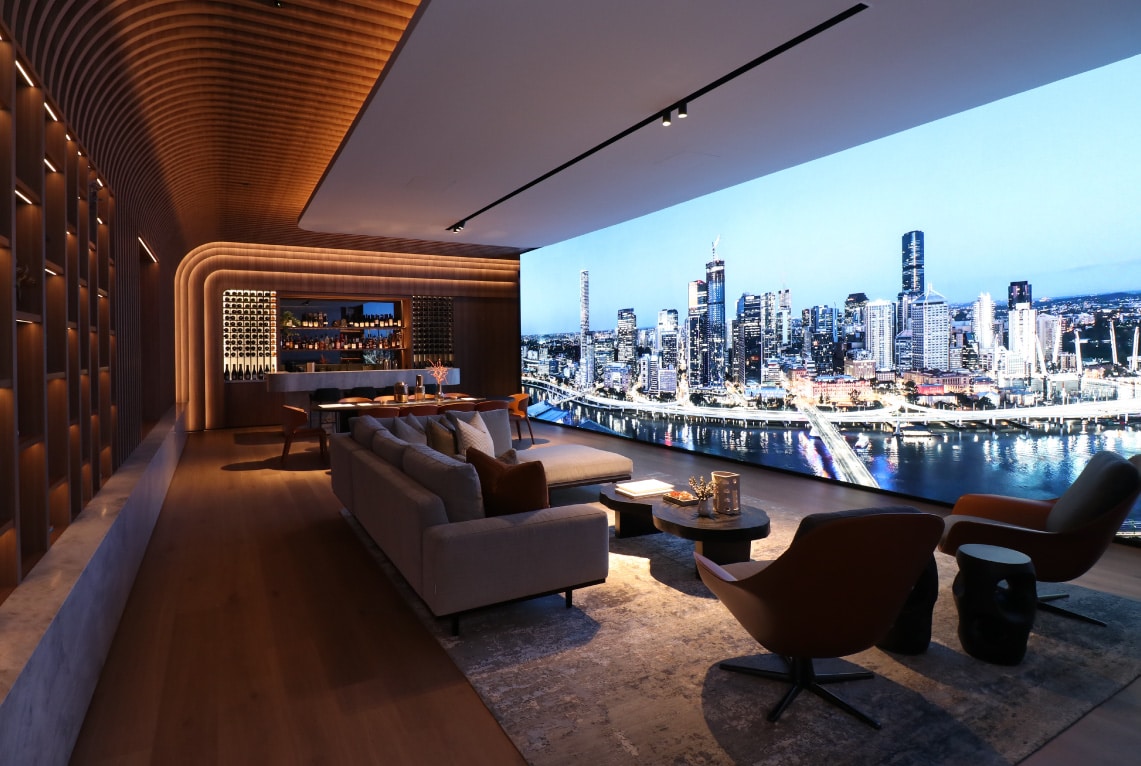 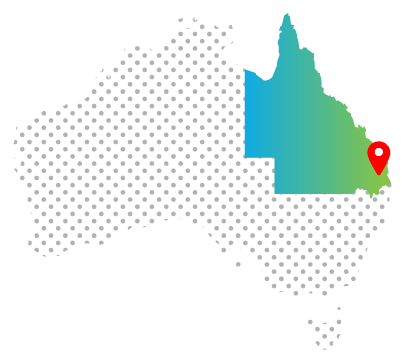 When designing their Brisbane Experience Centre, ARIA Property Group wanted a centre piece that both functional and extravagant. The result, an 11m x 4m LED Screen

Cove Technologies worked closely with Designers, Project Managers and Software Developers to create a flawless consumer experience. The 2.4mm Pixel Pitch ABSEN N2 Plus screen was carefully selected for its high end finish and advanced functionality, when paired with a Nova UHD Jr there is nothing that this screen can’t do, 4K capability and the option to display 2 Full HD images at any one time with no scaling.
Custom software built by Display Sweet was installed on an Octek PC that we configured to have an exact Pixel to LED ratio, giving a truly flawless experience. 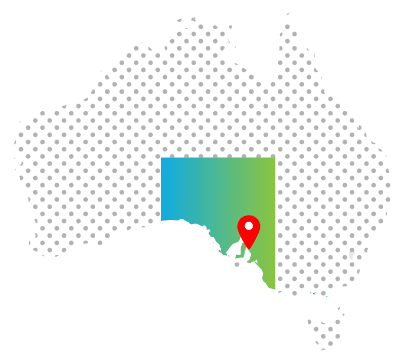 Through our ever growing relationship with LG, Cove Technologies was engaged as the System Integrator on Crocmedia’s new Studio Lumo project for SEN Adelaide.

This project showcases the true diversity that we can bring to the table at Cove Technologies. A standard 3×3 Videowall was installed in the sitting area, the studio is cutting edge with Signage Banners at the front and rear, TV’s linked to a custom designed Leviton automation system, and LG’s showcase transparent OLED screen in front of the production booth window.
To achieve the look our client wanted we pulled out all stops with steel work for the display banners, and a custom hanging bracket for the Transparent OLED that was designed and 3d Printed in house at the Cove Technologies warehouse.
After the success of this project we are now working closely with Crocmedia to bring their other studios and corporate suites up to this standard, it’s a partnership we are very excited about and will bring exciting opportunities in the coming years.
See the studio in action: https://www.sen.com.au/news/2019/11/14/sen-launches-studio-lumo-in-adelaide/ 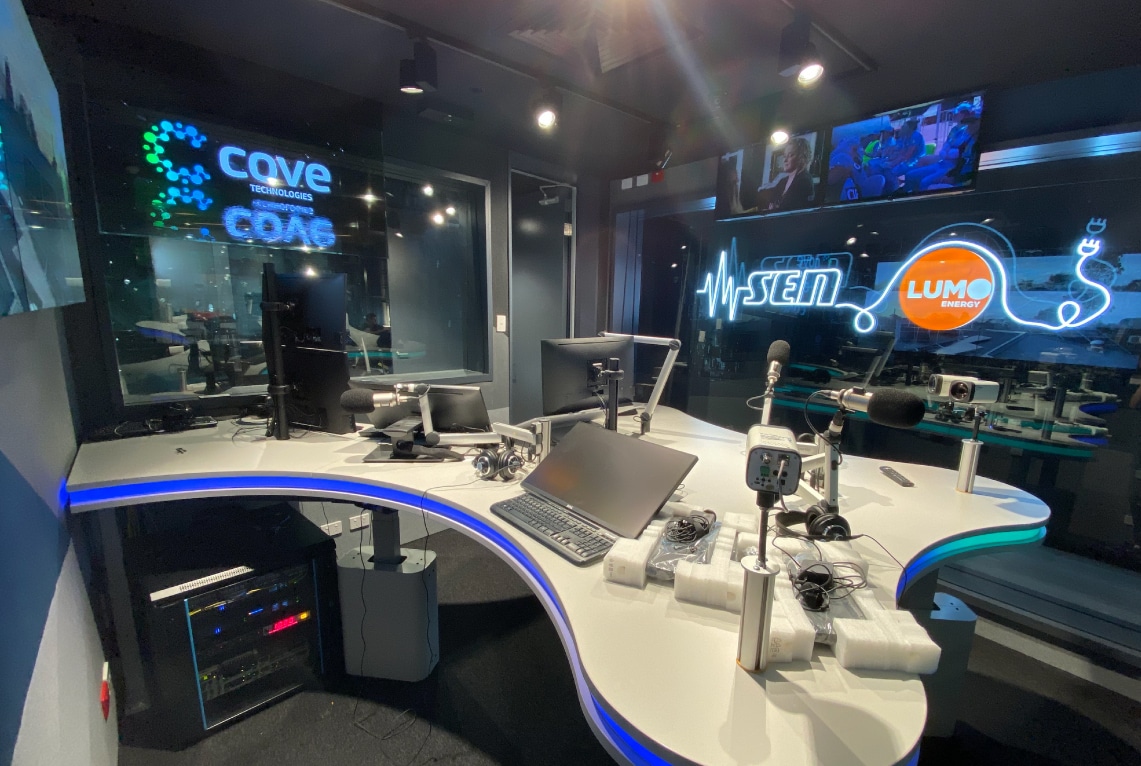 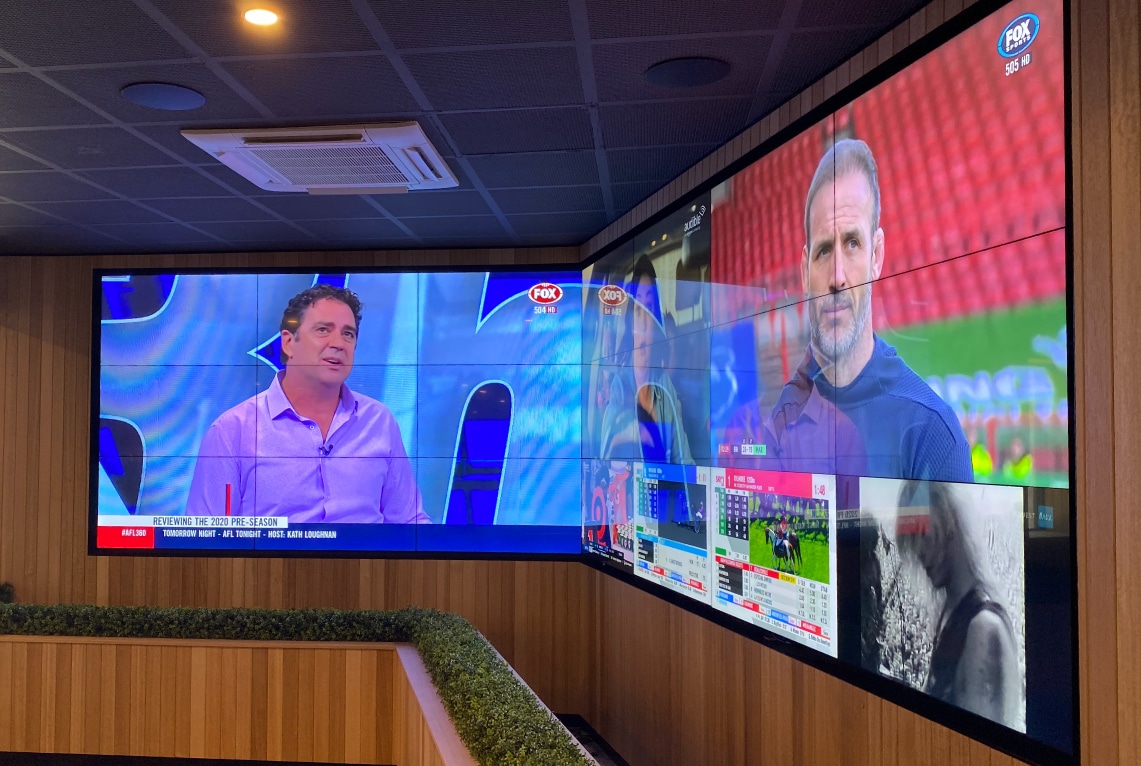 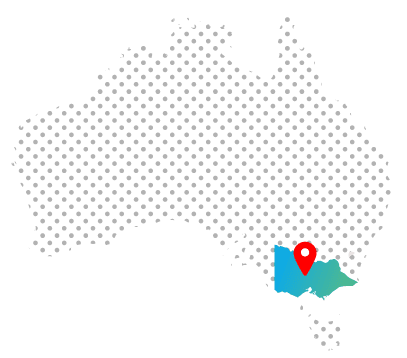 As part of the Epping Hotel’s Refurbishment the sports bar required a huge overhaul, part of this was installing two Videowalls giving the venues patrons an experience like nothing else in the area.

The Racing area of the venue received a 4×3 Videowall with multiple configuration options to suit the venues day to day needs, The Sports area boasts a unique 7×3 screen that wraps around a 70 degree corner, 3d Printed brackets were custom made to ensure a seamless look while ensuring the LG ultra narrow bezel screens were kept safe.
The whole system is controlled by a Leviton panel that is conveniently located by the bar, allowing staff to make any required adjustments quickly and easily during a busy service.

As part of a Nation-wide digital signage roll out Tabcorp needed an experienced and reliable contractor to project manage and install the Victorian & Tasmanian components.

Using our many years of experience in the Hospitality and Retail industry Cove Technologies were able to complete the roll out with minimal impact to trading venues, adhering to our own strict safety policy’s and those of the venues we were working in, all within a 10 week period.

All installation works were carried out by Cove Technologies employees to ensure the high level of quality we pride ourselves upon was maintained. As part of our works completion reports were put together for each venue with data speeds, photos and other useful information to ensure Tabcorp’s service crew had as much information as possible to maintain the network into the future. 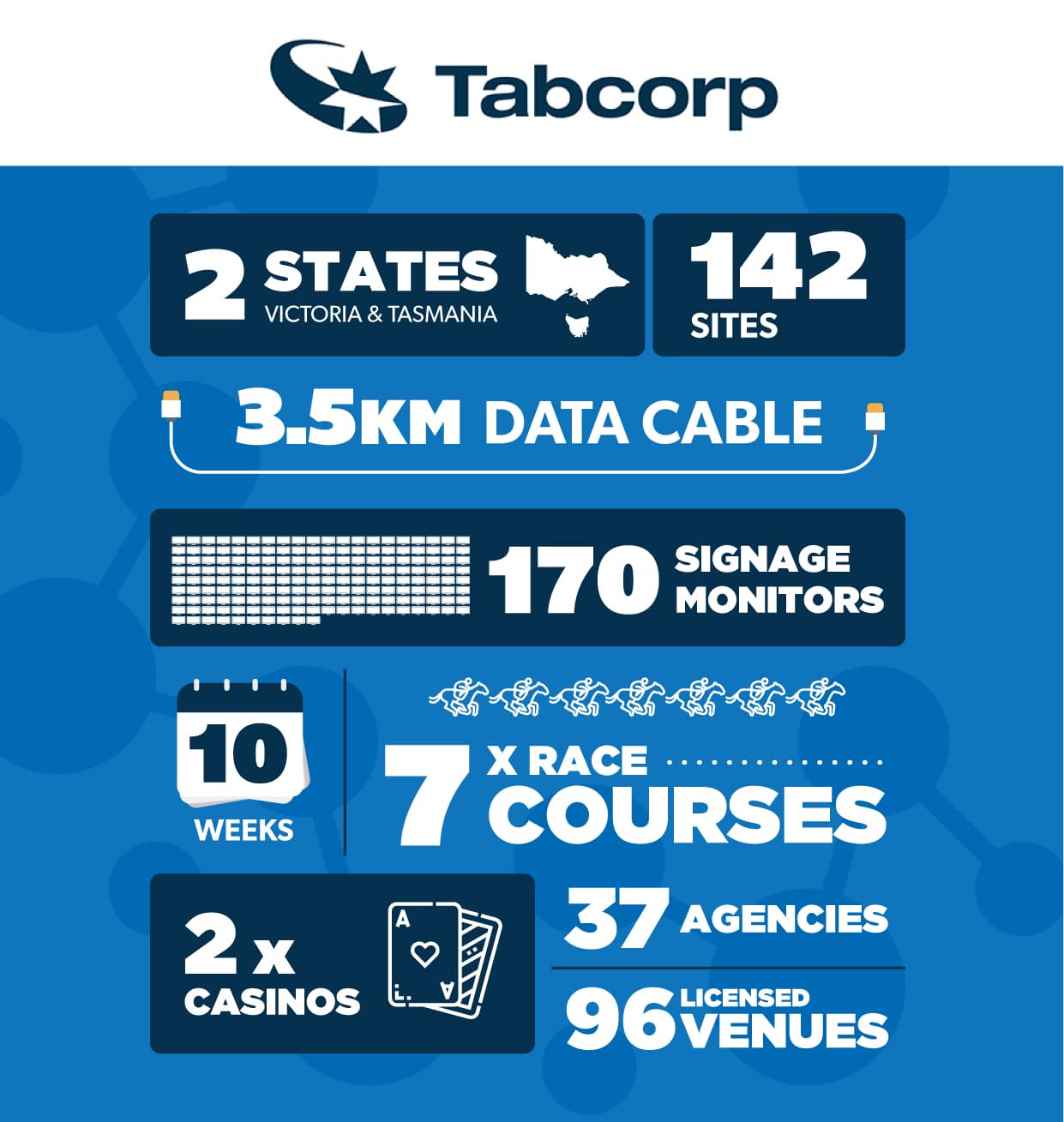 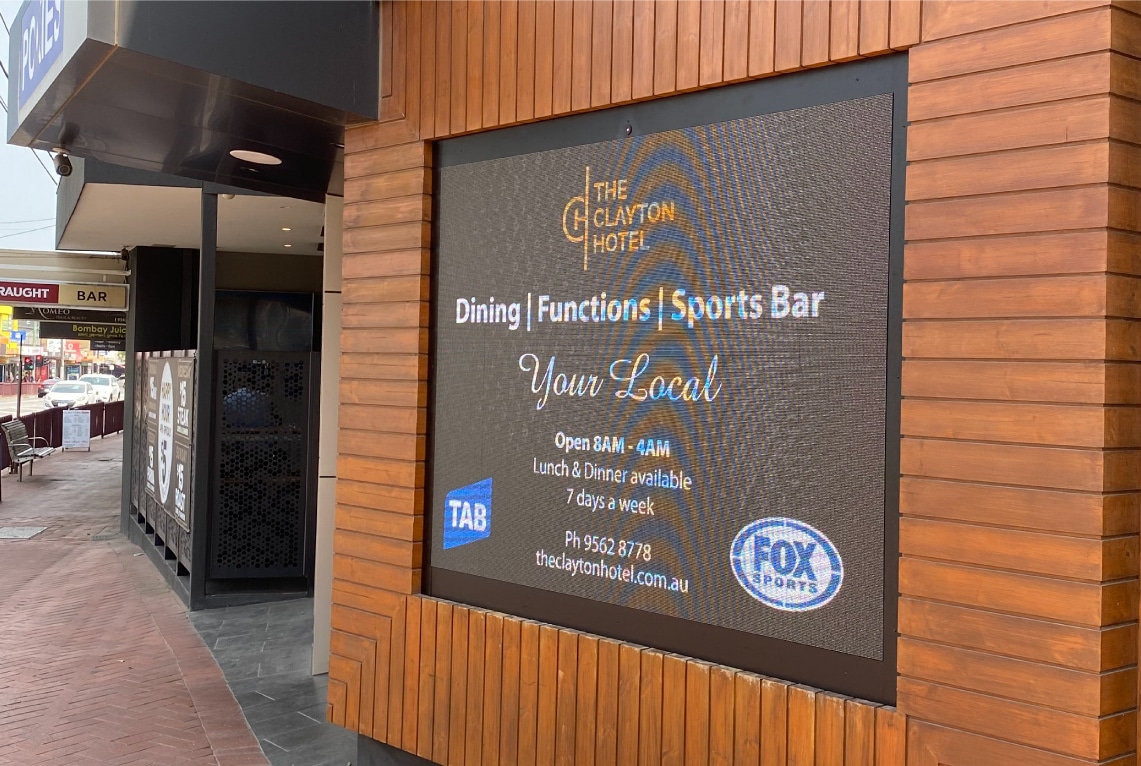 With the level crossing removal & shopping precinct upgrade completed on Clayton rd an opportunity for Digital Signage with huge exposure was identified, the signage screen needed fit in with the Hotels current architecture and comply with council regulations.

This projected was driven by Cove Technologies from start to finish, working closely with local council and VicRoads throughout the permit process, designing the steel framework with engineer’s approval, and installing the ABSEN XD4 Plus. A client supplied media player was integrated into the new signage setup to make use of the existing Content Management System, this made using the new signage seamless, and easy for the venues marketing team. 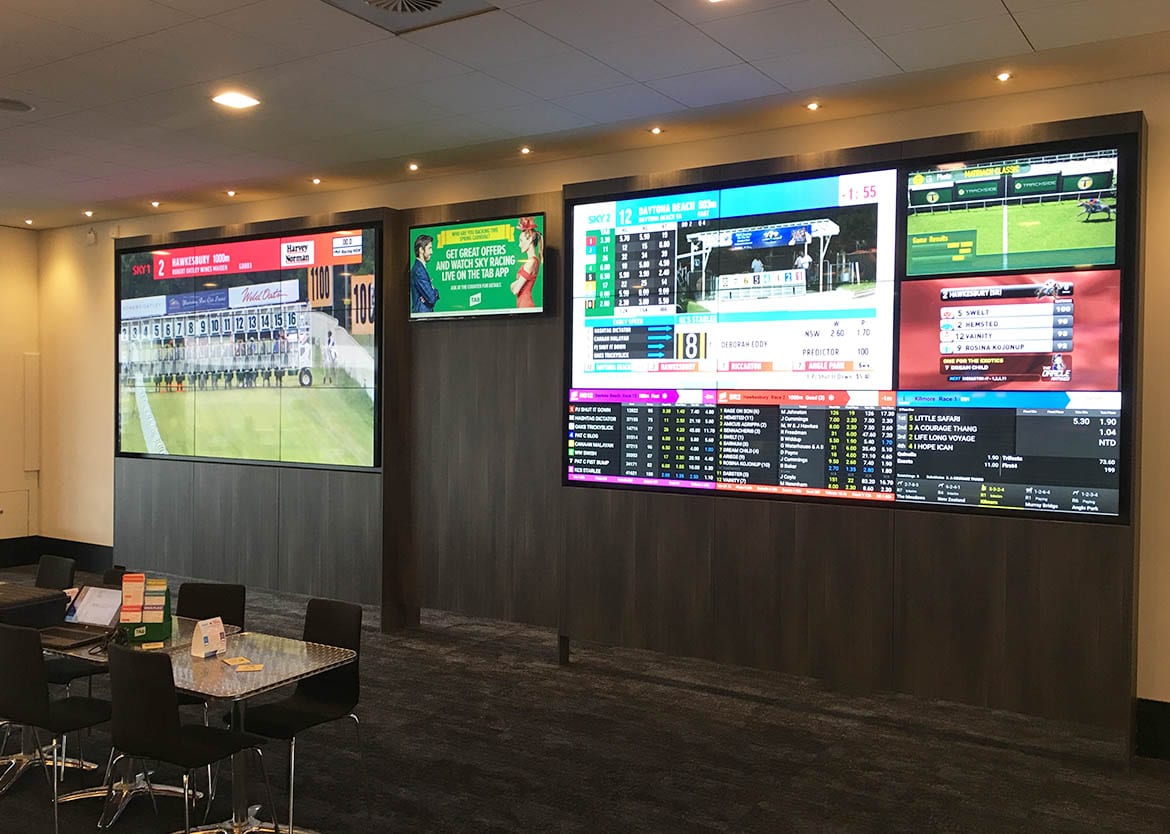 Side by Side 3x3 Videowalls

As a preferred Installer for Tabcorp, Cove Technologies were engaged to design and construct a custom videowall at Tabcorp Park for the Sports bar of Victoria’s premier harness racing venue.

Given the space and size of the venue it was discussed and thoroughly planned out to have two 3 x 3 videowalls sit side by side with a spacing in the middle for addition in house advertising and vision.

Cove Technologies designed and installed a custom all in one joinery unit to house the 18 x LG 49” thin bezel screens. With a boutique colour selected to match the rest of the venue and cabinetry spacing to house the videowall automation control. 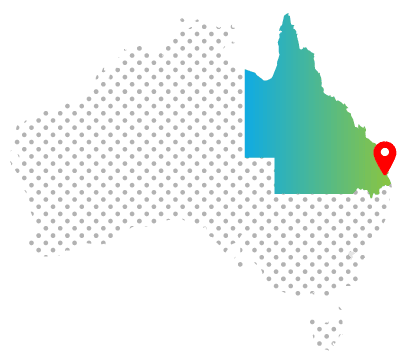 In the lead up to Sunshine Coast Turf Club’s winter racing carnival, It was decided a new 4m x 2m LG LED screen would be installed in a central location of the clubs heart, the betting ring.

This project required more than just a regular A/V company to deliver a bespoke install in trying conditions. Cove Technologies were engaged to complete all facets of the installation including Steel design, fabrication, screen installation and working with local engineers for final structural sign off.

With factors like wind conditions and the use of existing structures it was decided a simple and effective steel design would sit atop the existing bar to hold the 4m x 2m 3.9mm Pixel Pitch Weatherproof LG LED Screen. An LG Signage Media Player was used to render the images and display all of the Race Day content the club required. 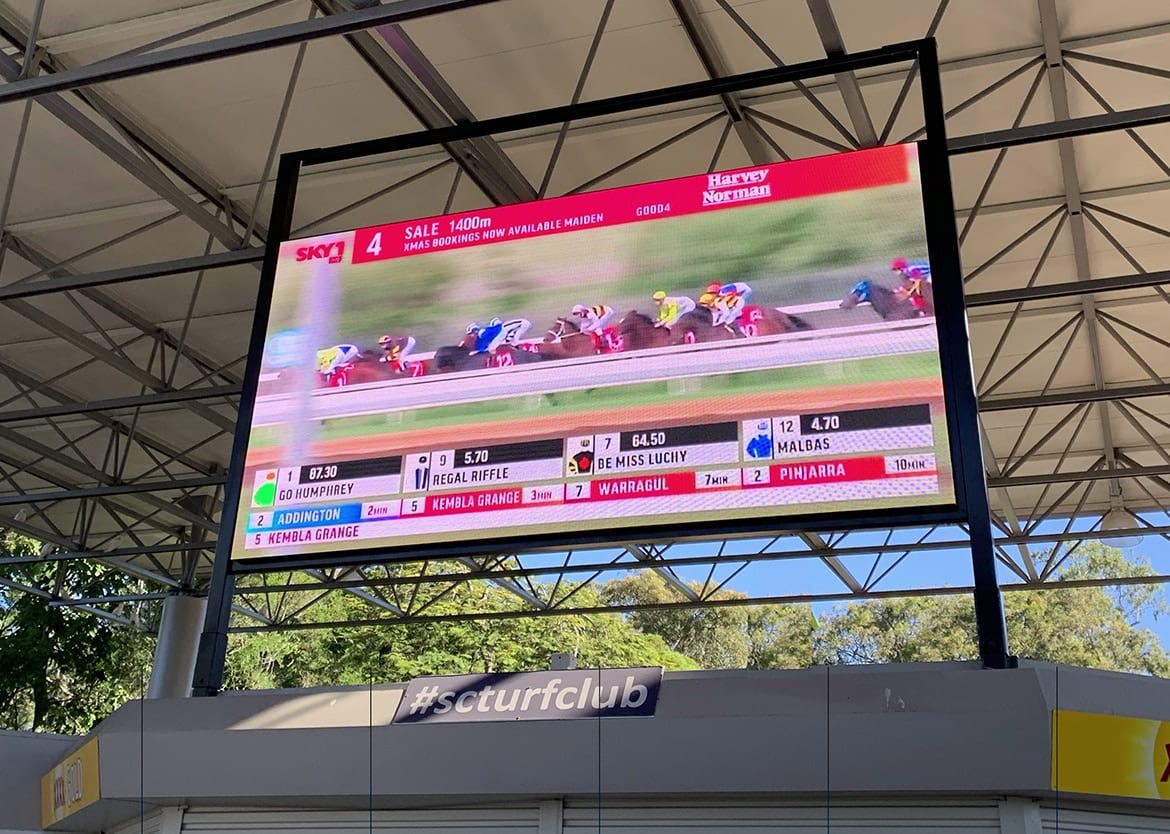 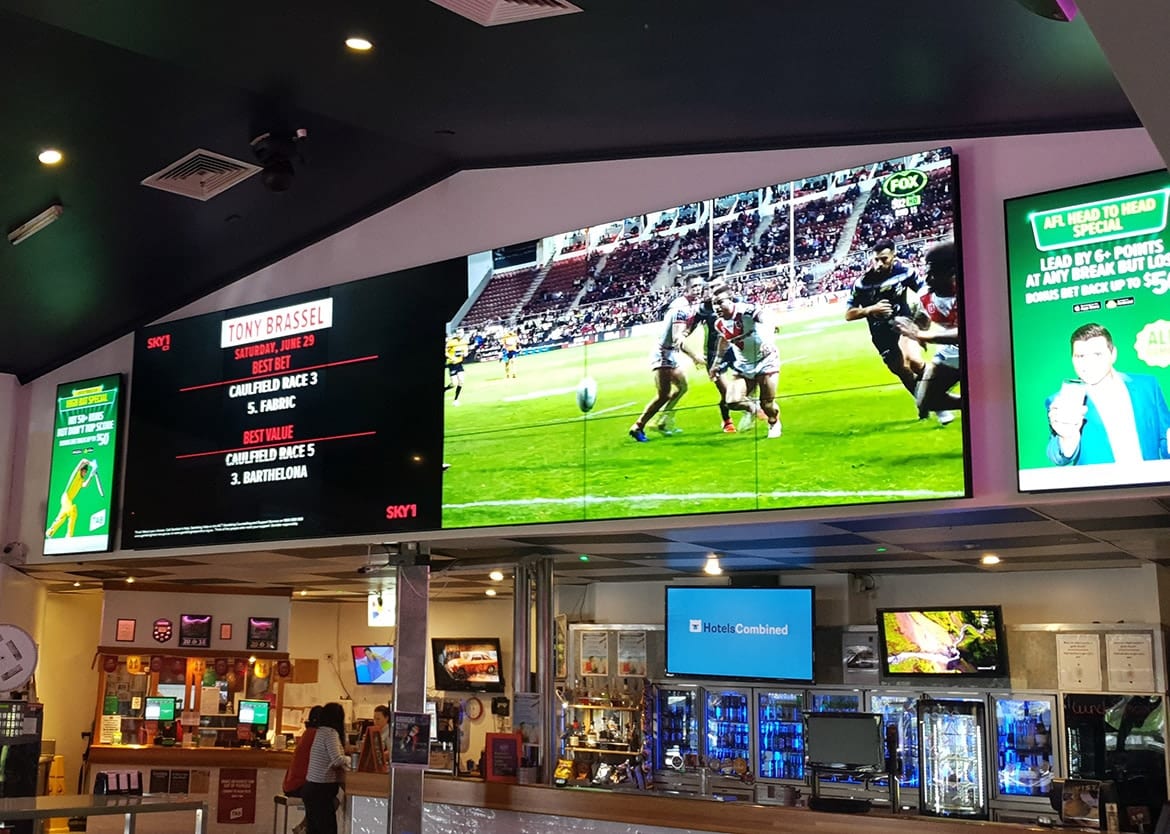 With a huge piece a Sports Bar real estate the plan was always to go big! With so much live sport available quality and quantity were what this install is all about.

Given the high speed/high quality of today’s broadcasts it was decided LG’s premier 55VM series panels would give the best experience in the huge setting, we at Cove Technologies wanted to give venues patrons a game day experience while still making the system control simple for everyday employees of the venue.

The works included an MATV system upgrade, which we were able to complete while onsite to ensure the screen was used to its full potential. With so much room to work with we were able to give multiple options and allow for 9 different content screens to be displayed, the Leviton controls system allows for mode selection and channel control all from behind the bar by any staff member.

Deer Park Club were having ongoing issues with their existing Car Park Lighting. With security issues for staff and patrons given the low light and dark areas throughout, this also added to the high ongoing maintenance and running costs of existing light fittings.

It was decided that the site was going to require a complete overhaul of its existing Car Park Lighting schedule. After careful consideration, a plan was put together which not only replaced all existing lights with LED counterparts but added additional fittings where required to adequately illuminate the surrounding areas.

The new layout was designed in a fashion that meant the existing infrastructure could be utilised which saved not only the cost of car park trenching and reinstatement but also the interruption to day to day operations that comes with it.

The installation of LED lighting has meant lower running costs and less maintenance required on the car park lighting, with an illuminance that has solved their lighting issues. 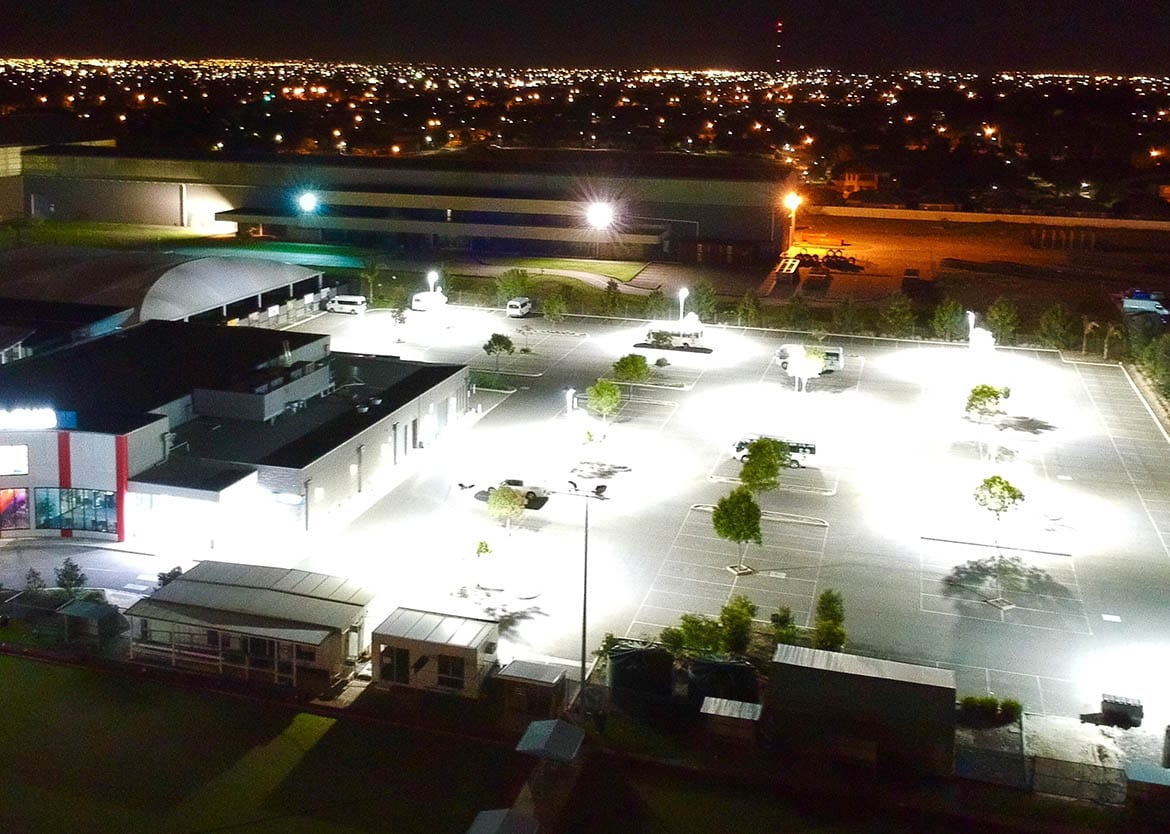 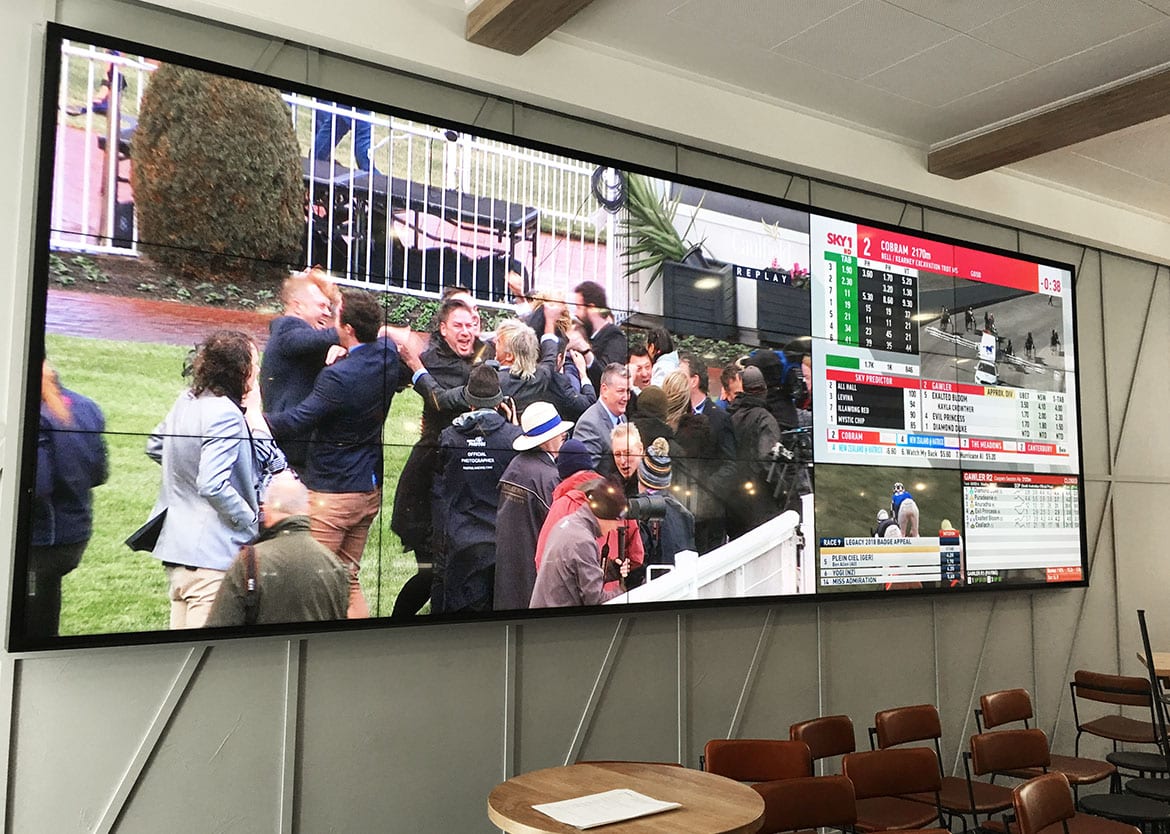 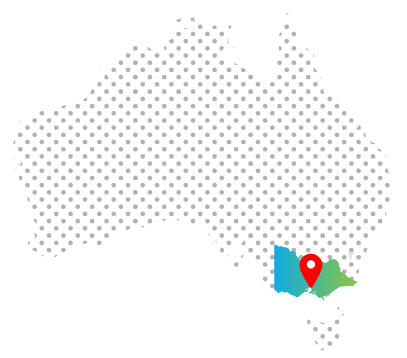 After careful consultation with our client a 15 panel LG Videowall was decided upon, with the ability to integrate into the existing infrastructure on the racecourse. This included an optic fibre vision feed from the main control room to ensure no delay and audio linked into the existing oncourse system.

A custom Leviton touch screen control system was designed with 3 configurations and multiple pre-sets. This incorporated odds/vision and allowed one touch setup and easy race day adjustments for both experienced and non-tech savvy staff members alike. This control not only configures the Videowall layouts but assigns pre-set channel selections requested by on course operations.

Cove Technologies is a Victorian based company that operates nationally throughout Australia.

Including all aspects of electrical work, MATV install and upgrades, NBN connections and data wiring solutions.

Cove Technologies can provide you with a full scope of works for your grid connected PV system – from the design and installation, to the handover and assistance with metering configurations.